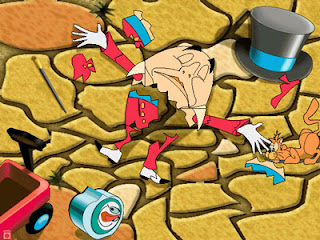 Two people are better off than one, for they can help each other succeed. If one person falls, the other can reach out and help. But someone who falls alone is in real trouble.. Ecclesiastes 4:9-10.
Posted by Tim Bits at 2:23 AM 1 comments
Email ThisBlogThis!Share to TwitterShare to FacebookShare to Pinterest
Links to this post

A number of weeks ago, I was watching a program called Rock Star Wives. In it they interview the wives of rock stars and ask them about how they handle being the “other half” (and in some cases the better half ha ha) of a music superstar. Included in the list of rock families is Twisted Sister’s lead singer Dee Snider and his wife Suzette. Approaching 35 years of marriage, they were asked if Dee ever cheated on his wife while touring with the band. Candid in his response, Snider admitted he’s never shared his bed with another woman. When asked about the driving force behind his commitment, he simply shared that he considered the cost. Fifteen minutes of pleasure is not worth the pain that comes with divorce and separation.

In the Gospel of Luke, Jesus speaks of counting the cost. Luke 14 says “…who would begin construction of a building without first calculating the cost to see if there is enough money to finish it? Otherwise, you might complete only the foundation before running out of money, and then everyone would laugh at you.” I wonder if this is why many of us fall short of God’s glory. Romans 3:23 says we fall short because each of us has sinned. But that’s not necessarily what I’m talking about. I get that we are all guilty of sin and thus need the grace and mercy of Jesus so we may approach God uninhibited and without shame. I’m referring to those who have already realized they need Jesus and asked him to be Lord of their life cleansing them of the sin and wrongdoing that God frowns upon.

The Christian life has ups and downs. There are many benefits to living the Christian life, but there are also times of struggle. Galatians 5 encourages us to live lives guided by the Holy Spirit. But it also tells us that our body craves the exact opposite. Nonetheless, it is here that the Apostle Paul encourages us to live pure and holy lives. But that’s easier said then done. I find there are things I deal with on a daily basis, which I am continually seeking God’s help with. When I don’t, I fall short and find myself at the foot of the cross asking Jesus to take away my shame.

However, there are times I feel overwhelmed with temptation and I do consider the cost. Doing so helps. It builds my stamina against those “other cravings”. Sometimes I pray through it. Other times I find myself singing an old fashioned hymn. Listening to a sermon, enlisting prayer support from friends, or even delving into one of my devotionals are any number of ways I push through it and come out the other side with my head held high. Don’t forget to count the cost because fifteen minutes of pleasure isn’t worth the lifetime of pain.

Posted by Tim Bits at 7:29 PM 0 comments
Email ThisBlogThis!Share to TwitterShare to FacebookShare to Pinterest
Links to this post

The last relationship I had I think was in was 2006. Since then I’ve been single; but not for a lack of trying. While having coffee with one lady, I find out she has connections to Calgary’s sex trade. Others have been driven by their hormones more then anything, which can be an unreliable gauge. If a person is not careful, their hormones can lead them to a few regrets. One of my best friends shared a bit of jealousy recently asking why he doesn’t get the same reaction from a woman as I do. For those that know me, it’s no surprise that I have a knack for finding myself in the wrong place at the wrong time. Although some of the women I’ve attracted are less then stellar, it’s still comforting to know that people find me attractive. Then I know my singleness has nothing to do with being ugly. 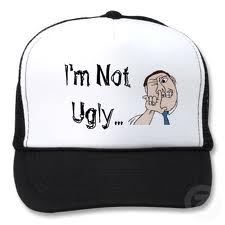 It has more to do with value. When people ask what I look for in a woman, I usually respond with a question: who are you? The inquisitor is usually taken aback by my response. They are most likely asking if I like blondes or brunettes. Tall or short gals, what dress and bra size I think looks better on a woman. If a person is looking for my opinion I’d be more then willing to share my thoughts. but if you’re trying to set me up on a blind date, then none of those things matter; because I’ve been attracted to varying shapes of women. Some were blonde, others were redheads. I even recall a few potential suitors sporting black hair, or being brunette. 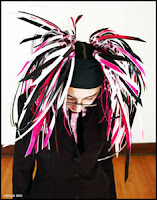 These are all good things to know I’m sure, but it doesn’t instill the fact that a woman is a valuable person who has other traits that ought to be fostered by her peers.
When it comes to dating, I’ve always believed if your not with someone who you can see yourself marrying then what the point? I’ve been told I’m not like most guys out there, and to some extent it’s true. I’m not out to objectify women nor am I looking for a concubine – someone who will always be barefoot and pregnant because “that’s their role”. That’s a stack of cow patties if you ask me! 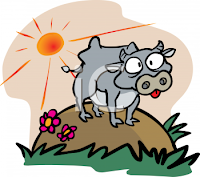 So how a woman answers questions like, what breaks your heart? What’s the point of humanity? What do they like to do for fun? Get them to share their best childhood moment. What would other people say are her best trait? Get her to answer that question. What does she think her best trait is? Bad habits, we all have them. I’d like to know what a few of them are. It would also be helpful to know some of the things she struggles with. The last thing I want is to hinder her. Perhaps her greatest difficulty is a task or responsibility I enjoy. In that case, she would find benefit in our relationship.
These are the things I value most in a dating relationship. Tough to find I know, it’s almost like trying to find needles in a haystack. Diamonds, rubies, and other jewels aren’t easily found either. But it does give them intrinsic value. Just like a woman! 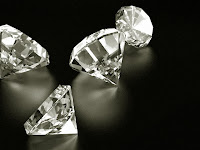 Who can find a virtuous and capable wife? She is more precious than rubies. Her husband can trust her, and she will greatly enrich his life. She brings him good, not harm all the days of her life…She is clothed with strength and dignity; she can laugh at the days to come. She speaks with wisdom, and faithful instruction is on her tongue. She watches over the affairs of her household and does not eat the bread of idleness. Her children arise and call her blessed; her husband also, and he praises her: “Many women do noble things, but you surpass them all.” Charm is deceptive, and beauty is fleeting; but a woman who fears the LORD is to be praised. Proverbs 31:10-12, 25-30.
Posted by Tim Bits at 2:57 PM 3 comments
Email ThisBlogThis!Share to TwitterShare to FacebookShare to Pinterest
Links to this post

While researching an article that has been stewing in my head for a few weeks, it occurred to me that I have yet to pay homage to the beginning of 2011. As the New Year etches its way into our lives, for many of us a new calendar year also means a new season or phase of life. So I leave you with a New Year’s prayer and poem. May it richly bless and lead you to new depths in your faith and breathtaking heights in the adventure of living with God! Tim Bits!

God of our yesterdays, our today, and our tomorrows. We praise You for Your unequaled greatness. Thank You for the year behind us and for the year ahead. Help us in Your new year, Father, to fret less and laugh more. To teach our children to laugh by laughing with them. To teach others to love by loving them. Knowing, when Love came to the stable in Bethlehem, He came for us. So that Love could be with us, and we could know You. That we could share Love with others. Help us, Father, to hear Your love song in every sunrise, in the chriping of sparrows in our backyards, in the stories of our old folks, and the fantasies of our children. Help us to stop and listen to Your love songs, so that we may know You better and better. We rejoice in the world You loved into being. Thank You for another new year and for new chances every day. We pray for peace, for light, and for hope, that we might spread them to others. Forgive us for falling short this past year. We leave the irreparable past in your hands, and step out into the unknown new year knowing You will go with us. We accept Your gift of a new year and we rejoice in what's ahead, depending on You to help us do exactly what You want… I say it again, we rejoice!

Instead of making a New Year's resolution
Consider committing to a biblical solution
Your promises are easily broken
Empty words, though earnestly spoken
But God's Word transforms the soul
By His Holy Spirit making you whole
As you spend time alone with Him
He will change you from within

-- Mary Fairchild
Posted by Tim Bits at 4:44 AM 0 comments
Email ThisBlogThis!Share to TwitterShare to FacebookShare to Pinterest
Links to this post