i've been thinking about this video for a few days now, and thought i'd post it on here. im curious what sort of responses i get frolm this

Posted by Tim Bits at 2:36 PM 0 comments
Email ThisBlogThis!Share to TwitterShare to FacebookShare to Pinterest
Links to this post

tools of the trade

I’m reading through another book once recommended by a friend called This Beautiful Mess. In the opening pages, the Author tells he is a pastor. He says the primary tools are a bible, prayer, a crowd of people and a dinner platter filled with bread and wine. He then compares his process to that of gardening. The soul is his soil and he gets his hands dirty by sifting natural fertilizer (AKA manure) into the dirt. Pulling weeds and watering the crop is added to his profile of gardener for the Kingdom of God as his thinks about the best ways to yield a full harvest at the right time. I thought it was an interesting metaphor for the "job" as a pastor. (It definitely takes away from the age old theory that the church needs no volunteers because the pastor can do everything... but I digress); especially when Adam's primary role before the fall was that of a gardener. I’ve yet to be a pastor somewhere so I can’t speak to the truth behind the analogy... but I wonder if there is any truth in the comparison... what do you think?
Posted by Tim Bits at 12:31 PM 1 comments
Email ThisBlogThis!Share to TwitterShare to FacebookShare to Pinterest
Links to this post

When someone has an encounter with Jesus, they can't help but change their ways. For some it’s a dramatic and instantaneous experience (see Paul's encounter ). Then there are others, like Peter who struggle to give up their ways and wrestle with what is acceptable behavior as a Christian (for examples, click here and here ).

When I had my encounter with Jesus and began changing my ways, one of the things I always get asked about is my fanaticism toward wrestling. I realize it’s fake and staged to the nth degree, and there are times I get frustrated and critique how blatantly fake it is, but I still watch it.

"But how can you watch something that doesn’t glorify God Tim?
"Watching wrestling is a sin"
"Those who watch wrestling are going to hell"
"Wrestling is a dirty business that God wants no part of"

I will admit some of the content on those wrestling shows don’t glorify God, and maybe if there is any godly content in any of it, it pokes fun or mocks God at best. But to come out and say watching wrestling = sin, could be a tad extreme.


The Million Dollar Man Ted DiBiase, runs his own ministry
Vickie Guerrero, said Jesus was her Lord and Savior at Eddie Guerrero's hall of fame ceremony
Rey Mysterio has a tattoo that professes the closeness he shares with Jesus
The Legion of Doom AKA The Road Warriors are Christians
Listen as Shawn Micheals shares his encounter with Jesus (part 1 part 2)

and last but not least one of God's angels has a wrestling match with Jacob who he later names Israel.

with that said, whats the beef against watching wrestling and professing a devotion to Jesus?
Posted by Tim Bits at 3:25 PM 2 comments
Email ThisBlogThis!Share to TwitterShare to FacebookShare to Pinterest
Links to this post

I’m slowly working through a pile of recommended readings I’ve accumulated over the years in college. One of these books is Donald Miller's Blue Like Jazz. As I was navigating my way through the book this evening, I came to his chapter on confession. In it he shares his involvement in Renn Fayre (a big party weekend) during his own college days).

According to Miller, the few Christians that attend the college often opt out of the festivities, giving the Holier-than-thou impression. During his days though, there was one year where him and his friends set up a confessional booth for those who wanted to confess the sins they’ve committed.

Don’s fellow classmates would approach the booth in a drunken stupor, doped up on hallucinogens, expecting their carelessness that weekend would be forgiven. But their confessions wouldn’t be heard by Don and the other believers on campus. Instead, Don and the other disciples of Christ would confess and apologize to the lube wrestlers, human chess pieces, and bike jousting contestants.

For decades and centuries, the human race has poorly represented Christ and everything he stood for during his days on earth. Entire wars have been fought “in the name of Christ” or “under the authority of God.” After you consider the motivation or purposes of the armies involved, their use of the term “for Christ” is an abuse and misrepresentation of the man’s stance and reason for being. (One such army is the LRA or the Lord’s Resistance Army.)Things of this nature and other monstrosities have given Christ, the Church, and other Christians a bad rap sheet through the ages.

Rather then win people over by sponsoring intellectual arguments or pointing out one’s failures, Don – and the other Christians present chose to admit they were guilty of giving Christianity a bad reputation. Don says this repentance, as cheesy and lame as it may sound, made a significant impact in the student body at Reed College that year.

Don Miller’s confession of not always having it together and seeking forgiveness from others, got me thinking of the times the Lord has lead me to apologize to people from my past. If don’s experience of seeking forgiveness from those he has wronged has brought all parties to tears, I wonder what impact my letters of apology have had on the ones I’ve sought an apology from.
Posted by Tim Bits at 12:48 AM 1 comments
Email ThisBlogThis!Share to TwitterShare to FacebookShare to Pinterest
Links to this post

If you’re like me and most the people on my Facebook page, you woke up to mound upon mound of snow. If you’re not out shoveling snow, odds are the forces of nature have changed your plans to something indoors. Despite my frazzled ramblings about the negative fear based reporting by our local news casts the other day I flipped on the news to see if committing to my plans was worth the struggle.

It didn’t take to long to realize, any attempt to adhere to my original plan of helping a friend move then attend the orchestra tonight would have got me committed. So I’m spending the day socializing with neighbors and later a movie night will cap off my "plan B day."

I further realized calling this a snow day and staying indoors was a good idea when I went to open my patio door and could only open it a few inches.... enough space to let in a small rodent who is brave enough to be out in this weather!!!

below are some of the pictures i took of the snow yesterday and today. 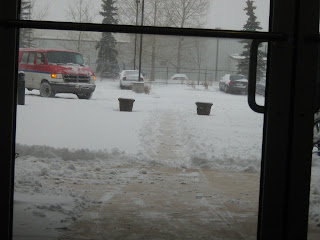 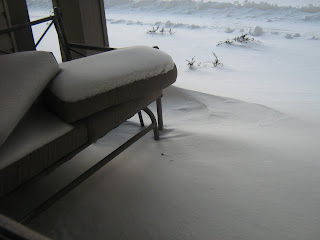 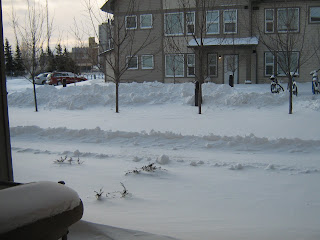 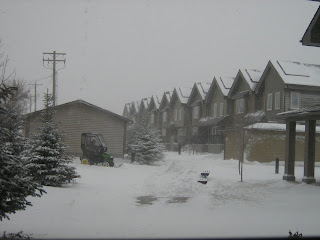 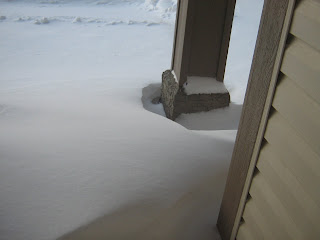 Posted by Tim Bits at 3:21 PM 0 comments
Email ThisBlogThis!Share to TwitterShare to FacebookShare to Pinterest
Links to this post

swine flu and an old ex-girlfriend

This might seem like a shot at the media but i am just down right sick of the medias coverage of the swine flu. its been 4 months since it first made the news and it seems that its all the media is talking about!!! CTV, CBC, CITY TV, GLOBAL TV AND ALL OTHER MEDIA your getting on my nerves!!!! this CONSTANT coverage makes me want to boycott you! you remind me of an exgirlfriend. four months later you wouldnt let  the issue wouldnt go away. even though i was trying to move on, you kept on bringing it up everytime we met. dont tell me your completely selfish,throwwing as hissy fit and having things go your way is the olny plausible solution! if so, grow up! ... oh wait your the media, chances are you do have a second agenda!
Posted by Tim Bits at 5:21 PM 2 comments
Email ThisBlogThis!Share to TwitterShare to FacebookShare to Pinterest
Links to this post

There were guest missionaries from Caribbean Nazarene College at church this week. Amid the testimonies of God blessing the college and its ministry, there was a point Nichole Nordeman's song Legacy played through the sound system. As I listened, these words struck me:

I won't lie, it feels alright to see your name in lights
We all need an "Atta boy" or "Atta girl"
But in the end I'd like to hang my hat on more besides
The temporary trappings of this world

I want to leave a legacy
How will they remember me?
Did I choose to love?
Did I point to You Enough?
To make a mark on things
I want to leave an offering
A child of mercy and grace
Who blessed Your name unapologetically
And leave that kind of legacy

It got me thinking about the end of my life. I don’t know what’s going to be said of me at my funeral, but I hope it will be filled with story after story of how I have impacted peoples lives and how God has used me to minister to people in unexpected ways... do you want to leave a legacy?

Posted by Tim Bits at 9:27 PM 1 comments
Email ThisBlogThis!Share to TwitterShare to FacebookShare to Pinterest
Links to this post