I heard something interesting last week. In an attempt to boost their economy, The Croatian government is cancelling the debt of over 60,000 of its people. 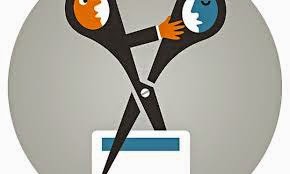 Croatia’s Deputy Prime Minister says those sixty thousand people, “will be given a chance for a new start without a burden of debt." In the article, an economist says this move is exceptional, and that he couldn’t think of anything to compare it too. But I can.


Deuteronomy 15 says we are to forgive people of their debts once every 7 years:
"At the end of every seven years you must cancel debts. This is how it is to be done: Every creditor shall cancel any loan they have made to a fellow Israelite. They shall not require payment from anyone among their own people, because the Lord’s time for canceling debts has been proclaimed." -- Deuteronomy 15:1-2


The last part of that verse, “the Lord’s time for canceling debts has been proclaimed” reminds me of these lyrics from the song, Jesus Paid it All:


Jesus paid it all,
All to Him I owe;
Sin had left a crimson stain,
He washed it white as snow.

And when before the throne
I stand in Him complete,
Jesus died my soul to save
When I compare my life to that of my Savior’s, there is nothing I can do but admit defeat. Sin has made it impossible for me to have an intimate relationship with God. But Colossians Chapter 2 says different:
"When you were dead in your sins and in the uncircumcision of your flesh, God made you alive with Christ. He forgave us all our sins, having canceled the charge of our legal indebtedness, which stood against us and condemned us; he has taken it away, nailing it to the cross. And having disarmed the powers and authorities, he made a public spectacle of them, triumphing over them by the cross." --Colossians 2:13-15
That’s why I'm so thankful for things like communion. It reminds me of everything Jesus has done for me. Like the people of Croatia, I am given a chance for a new start without a burden. It helps my soul move from a posture of “woe is me” to one of shouting as loud as I can “O Praise the one who paid my debt and raised this life up from the dead.”
Posted by Tim Bits at 3:22 AM
Email ThisBlogThis!Share to TwitterShare to FacebookShare to Pinterest